In 2007, at the age of 55, Martin Chiani decided he would try to learn guitar. With the goal of being able to play songs and sing, he recognized the need for some solid lessons to give him a good grounding in the fundamentals of guitar.

After trying several expensive guitar teachers, a few guitar theory books, and a handful of DVD courses – none of which took him very far – Martin stumbled upon Jamorama which was offering lifetime access to a growing library of video lessons for $99.95.

The complete package for the beginner to intermediate student

What impressed Martin most about Jamorama was the fact that it provides the complete package for a beginner to intermediate student. He was also surprised to find out that Jamorama has a 120 day money-back guarantee so he could try it risk-free. After reading a few online reviews and some further consideration, Martin signed up.

In the first few months, Martin found that learning guitar was difficult, but that Jamorama made it easier and kept him on track. “It took me several months to play songs but I progressed, first learning simple one note songs, then chord songs, then barre chord songs. I always go back to the chord library, and beginner courses 1 and 2 as a brush up, and I’m also now using the other Jamorama courses to develop and improve my skills.”

“I am so advanced compared to when I first started Jamorama”

Best of all, Martin is now doing what he set out to achieve: playing and singing at the same time. “I am so advanced compared to when I first started Jamorama. I can now completely set up an acoustic or electric guitar. What took me a month before – completely learning a new song – now takes me less than a week, and I completely own it. I thought that I wanted to learn rock but now see that my taste has evolved to country with all its different strum patterns. Although I still like to play ”campfire songs”, which are basically rock songs on my acoustic. I’m finally able to play and sing at the same time.”

In 2016, Martin was rushed to hospital for an emergency open heart surgery which put a stop to his guitar playing for a while. But despite this setback, Martin isn’t allowing it to get in the way of learning and mastering new guitar skills in 2017. His current goal is to pick up the guitar every day to avoid any rust setting in. In Martin’s own words, “You lose what you don’t use.”

Martin is an active member on the Jamorama site. You can find out more about him or send him a friend request by visiting his profile page.

Martin started learning guitar in 2007 and has been a member of Jamorama for 10 years. His current goal is to pick up one of his guitars everyday. Martin is an active member on the Jamorama site.

Ready to Learn? Try One of These Free Courses 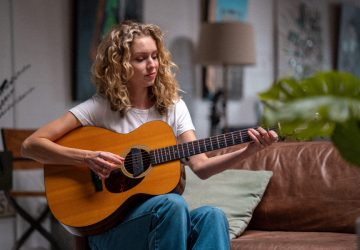 Getting the right advice early on is vital if you want to progress quickly on the guitar. The problem is, the internet is littered with inexperienced instructors dishing out bad advice. That’s why we created this video series to help you get started on the right track. 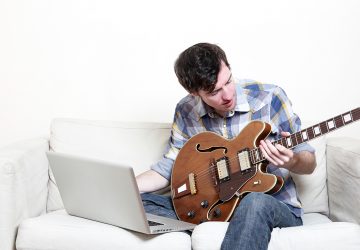 Mark shares all the tips and tricks he's developed over the years to help beginner guitarists to learn quickly and have more fun along the way. This course is step by step, designed to improve your ability gradually by layering skills each week. 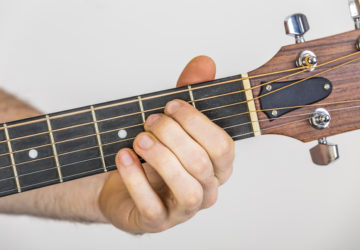 Whether you’re a complete beginner or already have a few chords under your belt, this Beginner Guitar Chords Series will help you to have a complete knowledge of the most important Major, Minor and 7th chords every guitarist should know. 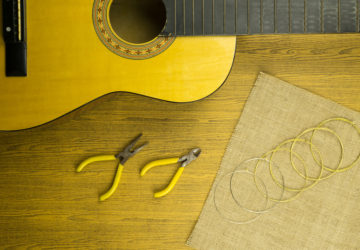 Learn everything you need to know about setting up and maintaining your guitar including re-stringing, cleaning and tuning. Get ready to sound good!