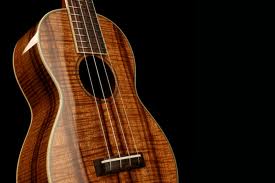 It’s said that great things come in small packages. Take the Ukelele for instance. Easily played by even the smallest hands. Yet, the sounds possible from this unique instrument are limitless – in the right hands.

The Ukelele has punched well above its weight in the international music scene for a long time now.

First there was the epic Ukelele rendition of ‘While my guitar gently weeps’, by Jake Shimabukuro that took youtube by storm.

Ukelele orchestras sprung up playing a whole range of music from Musicals to Rock. The Ukelele Orchestra of Great Britain being one of the most widely know.

And even our own, Wellington Ukelele Orchestra has sprung up in our capital city with the super talented Brett McKenzie of ‘Flight of the Conchords’ fame.

More recently James Hill has shown just how big a sound can be created on the Ukelele in his rendition of Michael Jackson’s. Inspiring stuff!

There are loads of videos on youtube that demonstrate the range of possibilities on this versatile wee instrument.

If you haven’t seen any of these videos, you’ll be amazed at what is possible on such a small and seemingly limited instrument.

There are a variety of one, two and three finger chords that you can pick up pretty quickly and start playing well known songs. In fact, with just four chords you could be playing the most popular songs from the last 20 years.

Don’t believe me, check out this clip from Axis of Evil demonstrating what you can do with just four chords. See how many one hit wonders you can spot!